skip to main | skip to sidebar

Many, many years ago I used to breed Guinea pigs, after a while we got rats but in those days we had Chimarni who was a true 'RatCat'! Now the hens frighten the cats so the cats avoid them like the plague!
Hubby went out to clean them out as that work is still to heavy for me and look what he found..... 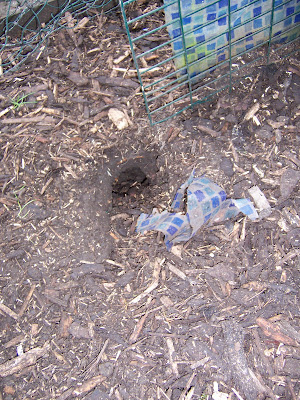 Yep! a rat hole and they had made a comfy nest under the Eglu. We should have realised as the eggs laid, had gone down again but the food consumption had gone up!So what to do????? The only thing we could and that is to lay slabs, so we, yes 'WE' raked out the run and roughly leveled it 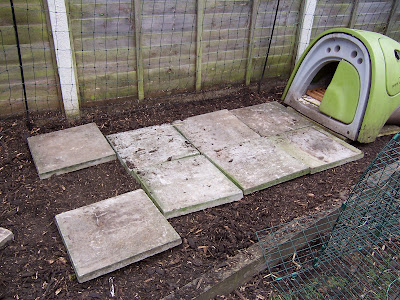 it means that we have had to attach the full run onto the eglu so that at night we can lock them in, food and all. 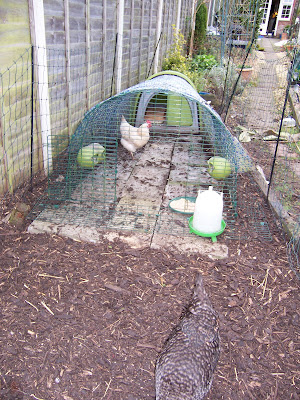 Here it is finished! What this means is that it will now always be a two man job to clean it out. In the summer I usually clean out mid-week, but I won't be able to anymore as I can't lift the eglu and run at the same time! So they will get smelly even after a few days!! To be honest I'm gutted and am really not sure what to do. Once the Rats are here they are very difficult to get rid of! I can't use poison because of the cats, I can't set traps because of the cats. I'm stumped!!!

They are such great characters just look at them out and about whilst we where re-designing there home!!! 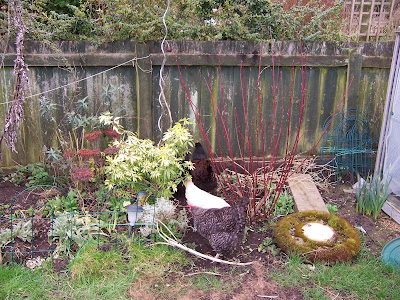 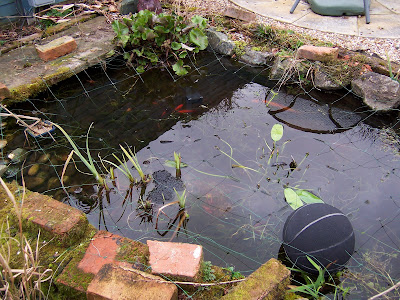 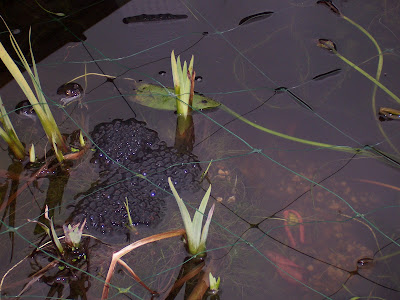 Prior to all this calamity I was in good old Wilkinsons buying this lot.. 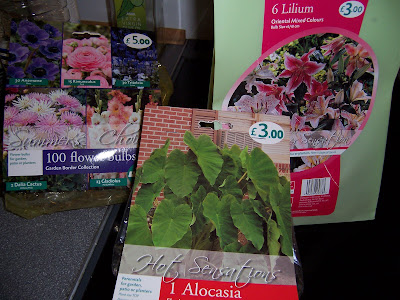 This made me laugh and brought back some happy memories, so I decided to share this with you!

CONGRATULATIONS TO ALL THE KIDS WHO WERE BORN IN THE


First, we survived being born to mothers who smoked and/or drank while they carried us.

They took aspirin, ate blue cheese dressing, tuna from a tin, and didn't get tested for diabetes.


Then after that trauma, our baby cots were covered with bright coloured lead-based paints.


We had no childproof lids on medicine bottles, doors or cabinets and when we rode our bikes, we had no helmets, not to mention, the risks we took hitchhiking.

As children, we would ride in cars with no seat belts or air bags.

Riding in the back of a van - loose - was always exciting and great fun.

We drank water from the garden hose or tap and NOT from a bottle.

We shared one soft drink with four friends, from one bottle or can and NO ONE actually died from this.

We ate cakes, white bread and real butter and drank cordial with sugar in it, but we weren't overweight because......

WE WERE ALWAYS OUTSIDE PLAYING!!

We would leave home in the morning and play all day, as long as we were back when the streetlights came on.

No one was able to reach us all day. And we were O.K.


We would spend hours building our go-carts out of scraps and then ride down the hill, only to find out we forgot the brakes. After running into the bushes a few times, we learned to solve the problem .


We did not have Playstations, Nintendo's, X-boxes, No video games at all, No 99 channels,No Pay TV, No cable, No DVD movies or surround sound..

It's crazy! We even had

No mobile phones, No text messaging, No personal computers, No Internet or Internet chat rooms..........

WE HAD FRIENDS and we went outside and found them!


We fell out of trees, got cut, broke bones and teeth and there were no lawsuits from these accidents.

We played with worms and mud pies made from dirt, and the worms did not live in us forever.

Made up games with sticks and tennis balls and although we were told it would happen, we didn't poke out anyone's eye.

We rode bikes or walked to a friend's house and knocked on the door or rang the bell, or just yelled for them!


Local teams had tryouts and not everyone made the team. Those who didn't had to learn to deal with disappointment. Imagine that!!

The idea of a parent bailing us out if we broke the law was unheard of. They actually sided with the law!

This generation has produced some of the best risk-takers, problem solvers and inventors ever!

The past 50 years have been an explosion of innovation and new ideas.

We had freedom, failure, success and responsibility, and we learned how to deal with it all!


And YOU are one of them!

You might want to share this with others who have had the luck to grow up as kids, before the lawyers and the government regulated our lives for our own good.

and while you are at it, forward it to your kids so they will know how brave their parents were.
Posted by Libbys Blog at 8:56 am 8 comments:

Having been so positive about my last op,my positive vibes are rapidly running out! I sadly have still got the lower abdominal pain which at times can be unbearable, then bearable, due to the policy that runs at my GP surgery it is nigh on impossible to see the same GP each time I go, so we are having 'communication' and 'understanding' problems anyway I have at long last managed to get an appointment for next Monday with 'MY' GP! It will be interesting to see what he says!!!

Anyway on a positive note of other things going on around my house..... I have been spending money! Well what better way to perk you up! 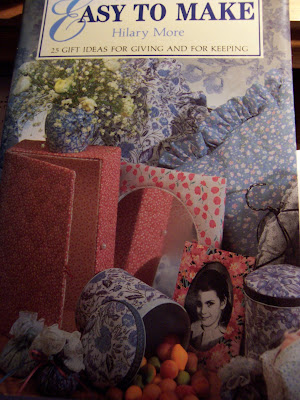 This book cost me 1p plus postage from Amazon Marketplace. I bought it specifically for one item that I saw inside it, but, when I had a good look through I found quite a few other things I liked, especially one in particular which I have to keep secret!

Then yesterday I recieved another parcel in the post full of 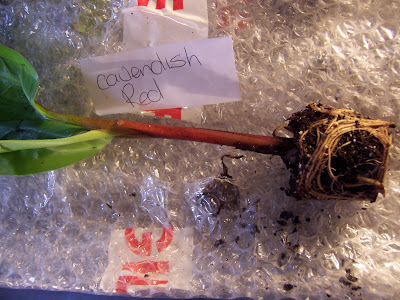 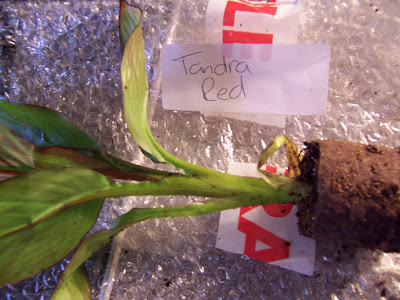 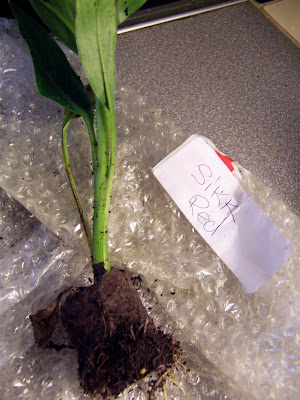 Red Banana's!
As my greenhouse had been hit so badly by the cold especially as the heaters had decided not to work! I treated myself to some new plants, but of course they have been in the post during this very cold spell. Although they looked good and healthy and had a good root ball, I was a bit concerned, but I warmed up the soil watered with warm water and kept them in the house and this morning they look alot better 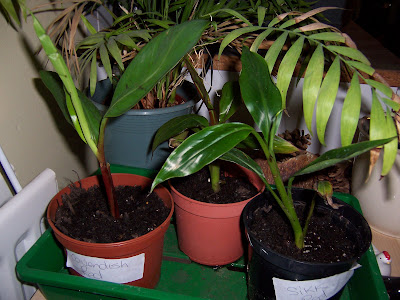 They shall be staying inside with me!
The greenhouse heaters, are, after much monitering doing the job I bought them for. The frost stat setting was a load of rubbish, for 2 very cold nights starting at 6pm I went down and adjusted the setting to get the temp in the greenhouse I required. I went down again at 7pm, then 8pm and finally 9pm each night re-adjusting as necessary. I think we have cracked it as so far the temps are holding at about 5C.
Posted by Libbys Blog at 8:09 am 4 comments:

Look what happens when the stupid 'Frost Stat' Fan heaters don't come on and it was -6C last night!

I went down to let the chickens out at 7am and decided to go and peek in the greenhouses! Imagine my horror when I saw the thermometers where reading -2C! I checked the heaters yesterday and they both worked as you moved the dial up so I thought all would be fine they have worked for the rest of the winter but why not last night, the coldest night of the year so far!!.

I am speechless as alot of the plants I grow are not cheap! All the heaters are brand new last autumn! 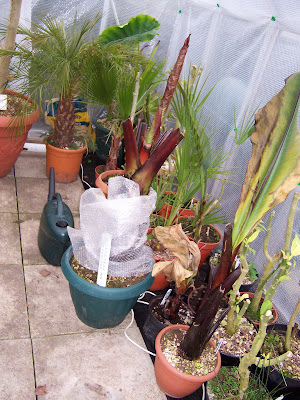 You can see the Maurellis, red trunk wrapped with bubblewrap was doing OK at the top centre of the pic you can see one of my big elephant ears, and a close up last Monday 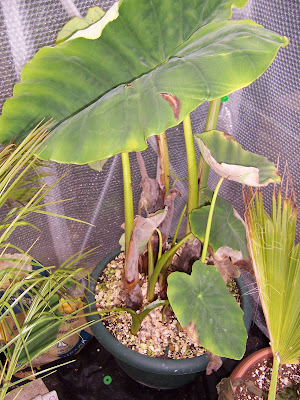 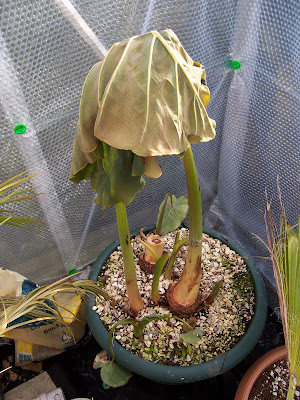 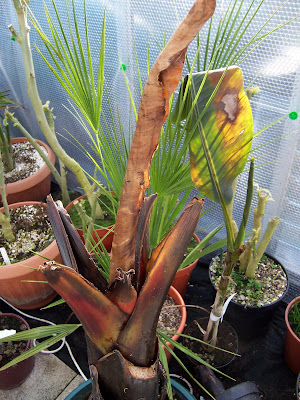 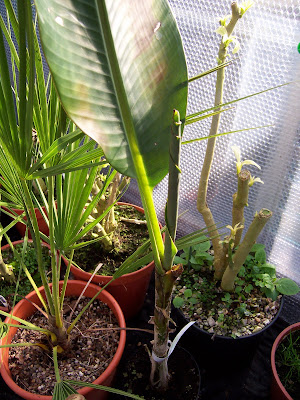 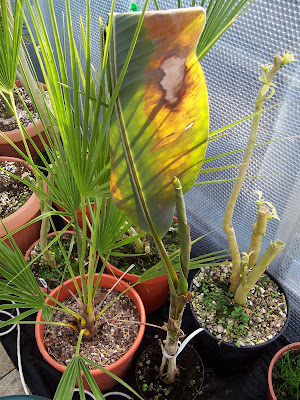 I'm really not sure what to say!!

Although 'frost' can cause death to some plants it is usually followed by that wonderful blue sky and brilliant sun. So a few happier pics from around the garden! 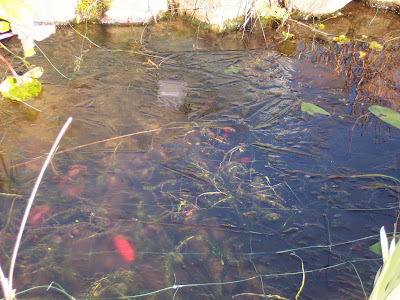 Frost on some tulip leaves 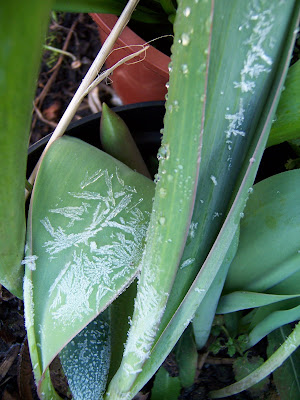 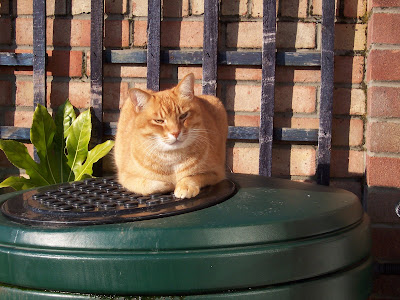 and a pic of my Euphorbia for Cheryl 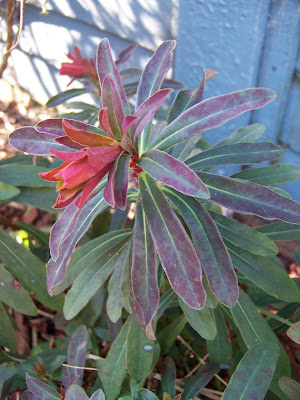 Libbys Blog
Wiltshire, United Kingdom
I am a stay at home mum, due to a daughter with Neurological Diversity! I am too busy to get bored and how people fit in work I'll never know! I craft, sewing, knitting and anything else that takes my fancy. I garden and have dug up part of my garden for veg patches! I now have two greenhouses both heated! Plus a new jungle bed which I started 2007! This has really captured my imagination to the extent that I now own 30 Brugmansia Bushes/Trees and many other beautiful Exotic Plants, so join me and see what mischief I get up to whilst home alone!!!


When I am an old woman I shall wear purple
With a red hat which doesn't go, and doesn't suit me.
And I shall spend my pension on brandy and summer gloves
And satin sandals, and say we've no money for butter.
I shall sit down on the pavement when I'm tired
And gobble up samples in shops and press alarm bells
And run my stick along the public railings
And make up for the sobriety of my youth.
I shall go out in my slippers in the rain
And pick the flowers in other people's gardens
And learn to spit.
You can wear terrible shirts and grow more fat
And eat three pounds of sausages at a go
Or only bread and pickle for a week
And hoard pens and pencils and beermats and things in boxes.
But now we must have clothes that keep us dry
And pay our rent and not swear in the street
And set a good example for the children.
We must have friends to dinner and read the papers.
But maybe I ought to practice a little now?
So people who know me are not too shocked and surprised
When suddenly I am old, and start to wear purple.

Some of my Favourite Blogs

CURRENT MOON
about the moon 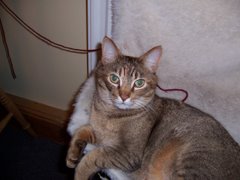 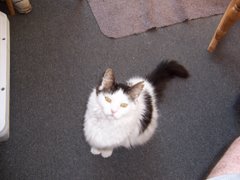 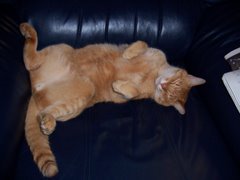 So I Won"t Forget Again!

From My Good Friend Ruth 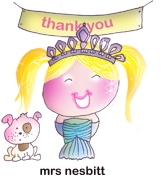 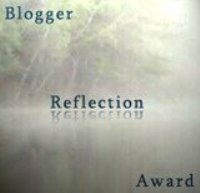 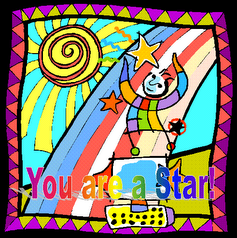